AWS IoT Greengrass is software that elongate cloud capabilities to local devices. This enables devices to collect and analyse data closer to the source of information, react autonomously to local events, and communicate with each other on local networks with security. Local devices can also securely communicate with AWS IoT and export IoT data to the AWS Cloud. Free RTOS is an open source, real-time operating system for microcontrollers that makes small, low-power edge devices easy to program, deploy, secure, connect, and manage. FreeRTOS includes a kernel and a growing set of software libraries suitable for use across industry sectors and applications. This includes securely connecting your small, low-power devices to AWS cloud services like AWS IoT Core or to more powerful edge devices running AWS IoT Greengrass. FreeRTOS is built with an emphasis on reliability and ease of use.

Once the core is established, we can continue to add devices to the group that are themselves on the cloud, or other devices which are AWS IoT provisioned, or AWS Lambda functions – which are essentially simple programs that can process or respond to data. 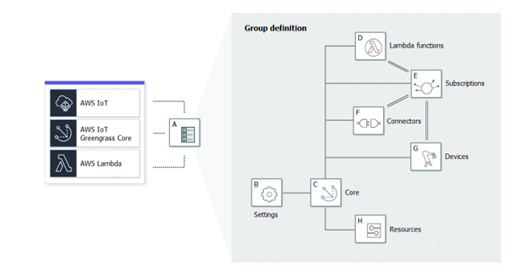 Once deployed, the core and devices can communicate, even without a internetconnection.IoT vs. AWS IoT Greengrass:The IoT (Internet of things) is a network of connected devices called “Things” that are connected to a cloud server (a fit-bit or a fridge or a thermal sensor could be a “thing”). Data aggregated from these things on to the cloud server, data could be monitored in real-time and react/respond immediately.

For our use case, following services are used: 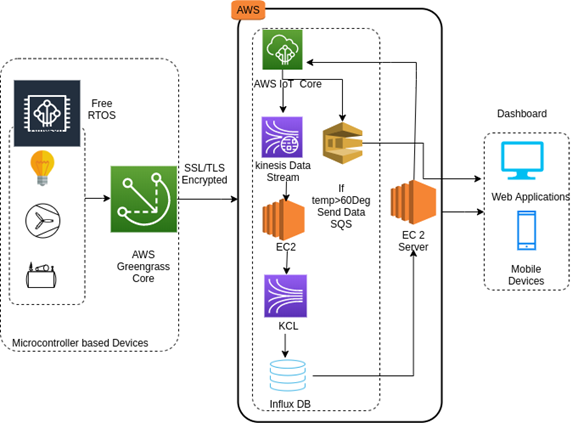 Build a Scalable and efficient data analytics engine for your game

Cloud is the future of Gaming: Know where you stand

Talk to our experts to discuss your requirements